The Management Mistakes Of Carol Bartz

Carol Bartz once told the New York Times that “people should understand that they will learn more from a bad manager than a good manager.”

With her firing earlier this week, it’s clear Bartz made some mistakes. And she knew that she wasn’t perfect; she only graded herself with a B- after her first year as CEO of Yahoo.

Her best qualities: a no-nonsense approach to managing and savvy operational skills. Insiders have said that “Bartz doesn’t get enough credit for cutting Yahoo’s costs and upgrading its various company-wide systems.”

Many of the problems she had were related to retaining talent and morale — which ultimately affects how you get things done as CEO.

Yahoo employees recently gave Bartz a 33% approval rating — which is astoundingly different from the initial 90% approval ratingshe got upon taking the job in January 2009.She also didn’t hire motivators. According to insiders, her new sales boss Wayne Powers didn’t help the morale (“He’s not a Tim Armstrong“).

She threw employees under the bus

She blamed the Yahoo sales team for disappointing revenue numbers this summer. VP Wendi Sturgis left the company after Bartz called her out during a conference call.

While Bartz was smart to streamline operations upon becoming CEO, she lost some key performers during her tenure.This summer she lost SVP and deputy general counsel Belinda Johnson; and last year she lost Yahoo’s top ad sales exec Joanne Bradford, among others. 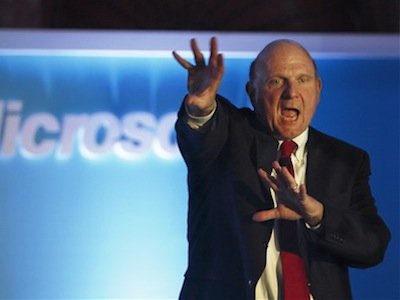 Early in her tenure, Bartz’s top accomplishment was streamlining management — but not much else. She told Bloomberg that she could’ve “moved faster to reorganize the company and strike a Web-search agreement with Microsoft.”

On the board’s decision to fire Bartz, a Yahoo insider told the WSJ: “There wasn’t any lightning bolt here. There was just a series of not reaching performance targets.”

She prematurely cashed in on stock options

After only 9 months on the job, she took the liberty to cash in on $2 million worth of stock options. This didn’t send the right message to the board, her employees, nor the public. It made her look short-sighted, and not focused on long-term goals.

She didn’t give employees the tools they needed to succeed

A former Yahoo sales exec saysBartz didn’t do anything about the outdated sales technology:”The systems at Yahoo that sales has to work with are a decade old and in some cases, like CRM, there is no solution. Hell, every company on the planet uses salesforce. Not Yahoo. There is no such thing as current account data in the system.”

For better or for worse, Bartz is known for swearing on the job

Her brazenness earned her some respect, but also a reputation that clashed with Yahoo’s boardand top management — not to mention employees.Among her most memorable quotes: threatening to “drop kick to fucking Mars” anyone caught leaking Yahoo info, and saying Yahoo employees weren’t “fucking doing anything.”

Bartz is one of many polarizing female bosses