How to REALLY Measure the ROI of Social Media 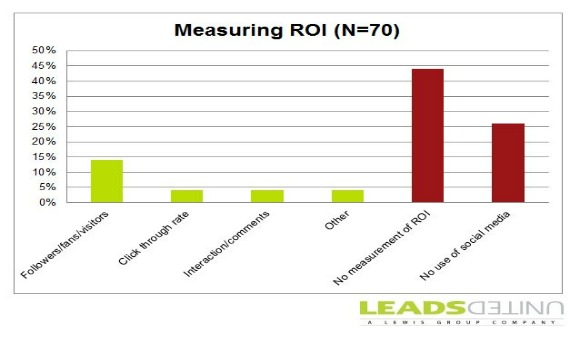 “How do you measure the ROI of your social media efforts?”

It’s a question being discussed ad nauseum of late, and rightfully so. Social media investment is a legitimate issue that businesses have to face, now more than ever. So, being the problem solver that I am, I decided to figure out how to measure the ROI of social media once and for all.

The quick answer is there is no answer!

If you want a long-winded explanation, read on.

For my first stop on the way to figuring out how to complete this elusive calculation I went to all of the usual suspects.

What I discovered actually got on my nerves a little bit. There were no concrete answers. For all of the promises of “how-to” in the titles, all I got was “why.”

Why you need a strategy before entering the realm of social media.

Why you should use social media to begin with.

Why you should measure the ROI of your social media campaigns!

Luckily my next stop resulted in some actual numbers. This was it! I was finally going to figure it out!

To prove that social media provides a great return on investment (if used properly) The Next Web published 10 case studies on the ROI of social media. These are gleaming examples of social media done right. Case studies which every company should take as an example and follow suit.

Social media management firm Syncapse took it one step further. They recently conducted a study and concluded that the average Facebook fan is worth $136.38.

Now I just have to figure out how to get a lot of Facebook fans and I’m ready to retire!

The Syncapse study is utterly useless. To perform the study they used a selection of companies that are not representative of the average small business. Even Syncapse, within the study, states that no two fans are the same. Well no two companies are the same either. There are too many variables to make the $136.38 figure mean anything significant.

Plus, that takes care of the return part. What about the investment?

The “ROI from Facebook Ads” case study mentioned on TNW (originally published on Search Engine Journal) begins to explore the actual investment part of the calculation. But they still fall short.

The dollar cost of Facebook ads still doesn’t tell me what the REAL investment was. Hours of research to figure out how Facebook ads work? Keyword research? Ad design? Maybe even hiring a consultant to do the work for you?!

Strictly measuring ROI in terms of dollars spent on ads doesn’t really give you a true representation.

A recent post written by Jay Baer of Convince&Convert is probably the best summary of actual ROI measurement I’ve seen. The post focuses on the ROI of blogging but can be extended to any social media activity (and really any activity in general).

The first step is to identify what activities you (or your company) is performing and what it costs. Consider all costs including salaries, direct expenses and overhead. If you want to get really fancy (and I know you do) you may want to take into account the opportunity cost of time spent on these activities and what you could be accomplishing with those resources.

As you can see the actual calculation is simple, but not easy. There are many variables to consider and the outcome of your ROI test greatly depends on which factors you focus on.

For larger companies the ROI becomes even more of an estimate because overhead allocations are often subjective. This also means that departments have to get together and interact (i.e. marketing and accounting departments). And how often does that go smoothly?

But even if you do get of that straightened out, it may be impossible (or at least very inaccurate) to measure true ROI in a short-term time frame.

Are We Asking the Right Question?

As he points out in his book The Thank You Economy, it is the businesses that don’t begin to engage with their customers on a personal level that will fall to the wayside.

People born today are born in to a world that is connected more than ever before. By the time they are consumers they will expect connecting and interacting with businesses to be easy.

This may sound ludicrous, but Gary V believes it to be true. And who am I to argue with Gary V?

My grandmother never had a computer.

My parents are now using the internet for purchasing, yet they tend to stay away from the social network scene as much as possible.

I am in my mid-20s, on the cusp where the social media outbreak occurred.

My kids will be born into a world where the President of the United States having a town-hall meeting over Twitter would be a thing of the past (the effectiveness and legitimacy of said meeting is a debate for another day).

The evolution is clear. And in a world that is evolving faster than ever before, maybe our questions should be evolving as well.

Are We Measuring the Right Metrics?

Maybe the answer to the question is no. Maybe the ROI on social media engagement doesn’t even matter at this point.

Perhaps it isn’t the ROI of social media we should be measuring, but rather the LOLOI – the loss on lack of investment (yeah…I just made that up).

How many potential customers might you be losing if you aren’t engaging in conversation with them? What if your competitors are engaging them? People would rather buy from people they like and can relate to. With social media even the biggest corporations can become more personable.

In truth the investment, and the return, does matter. It doesn’t make sense to pump resources into social media if you can’t afford it. If all of your resources are getting sucked up by social media and not enough are being put into actual business operations then you have a serious problem on your hands.

But it is important to note that social media tools are just that…tools. And the magic isn’t in the tool, but rather how you use it. It doesn’t have to cost an arm and a leg, but it does take some practice.

There are certainly learning curves when it comes to using social media. And each individual and business has its own.

But it may be a good idea to get in now, while it is still early, to perfect the craft before it becomes an absolute necessity.

There may not be a simple answer to measuring the ROI of social media because there are too many variables. And each individual and company needs to figure out which of those variables they need to focus on.

There is definitely no blanket one-size-fits-all answer. But just because it may not be easy to measure the ROI of social media, doesn’t mean you shouldn’t attempt it.

Go for it. Play around. Test different variables. Finagle some numbers.

And remember…the ROI of social media might not even be the right thing to measure.

About the author: Eugene Farber is an accountant turned internet entrepreneur. He blogs about internet marketing, business and life at Reality Burst. Visit his site today for a free Social Media ROI checklist, and connect with Eugene on Twitter @EugeneFarber.