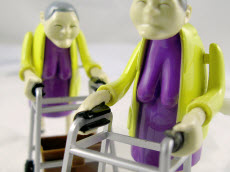 Ever since Google (GOOG) introduced its social networking entry, Google+, three months ago, the press has practically been making book on whether it would succeed or not. Facebook has been doing everything it can to disrupt the competition, whether adding a contact grouping system like Google+ Circles, only with some automation to help the sorting, or leaking some of the features it plans to announce at its annual conferenceon Thursday.

Just one thing — Google+ has been under a limited beta up until now. Today, Google opened the system to all and added nine new features. Facebook still has a huge head start, but Google will dent the lead and hamper its competitors a lot more than the Facebook investors hoping for a killing of an IPO would like. And, ironically, Facebook is helping Google by acting like an old line technology company and not one born and bred of the Web.

Does Google face a major challenge from Facebook? Absolutely. Google management was woefully late in getting a viable product to market. As a result, it stood aside and gave Mark Zuckerberg’s merry band carte blanche to conquer the world as they saw fit.

Overcoming that head start is tough because of the network effects. The more consumers who moved to Facebook, the more Facebook became the place to be — because you could find the people you were looking for there.

That would be a difficult challenge for almost any company. But Google has the single most trafficked web site in the world, with something like a billion users. They don’t spend time there the way people on Facebook do, but it’s at least a connection and provides perhaps the richest field for social network customers prospecting available anywhere.

The difficulty in launching any business in a competitive field is to give people a reason to first try your offering and then, second, get them to stay. Google is moving quickly, offering features like multiuser video chat. Facebook finally did offer the feature in July by partnering with Skype. But its pace of development has been dawdling compared to Google.

It’s also picked up enough that social influence measuring service Klout added Google+ as the third network it measures, along with Facebook and Twitter. In short, there’s some activity going on there.

Also, Google finally added search to Google+, which should make navigating the system and finding things that interest you a lot easier.

Get off my damned social lawn!

Facebook continues to try adapting to the rapid innovation Google’s massive resources have fueled and, as Ellis Hamburger notes on Business Insider, it has been slowly but steadily losing its identity.

In fact, between the attempt to take on more Google+-like features and its otherwise slow pace of rolling out significant and interesting functions, Facebook has shown itself to act more like an older technology company and not like an agile Internet business. Unless it can overcome that tendency, it could well find itself becoming the newest relic on the high tech front.