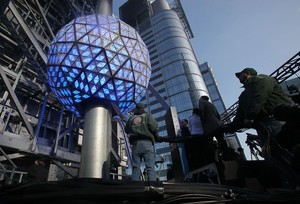 2011 is in its final moments (quite literally). If you’re young enough to still be out living it up tonight, might I suggest you spend tomorrow afternoon (I’ll be charitable and give you the morning to recover) resolving to disregard conventional wisdom on how to be a bright young go-getter in the year ahead and instead tailor your 2012 ambitions to be as realistic and concrete as possible? To that end, here are three career resolutions to avoid and ones with which to replace them.

Don’t: Resolve to “get serious” about your career or become “more successful”

These resolutions are completely nebulous and undefined, especially if you’re at the beginning stages of your career or are unsure if you even have such a thing. Pushing yourself to achieve more without articulating what that more is or defining what inputs and resources would be required for such achievements sets you up for feeling like a failure on December 31, 2012.

Do: Resolve to increase your skill set or abilities in an area that you’ve identified as key to the type of career you’d like to have

Maybe this involves additional education or training, maybe it involves getting more deeply involved in industry organizations or maybe it calls for reaching out to professionals who have accomplished the kind of goals you aspire to in order to learn from their experience.

I’ve written about networking before and I’m on record as taking a dim view of “grin and grip” events. Not everyone is cut out for in-person elbow-rubbing and not everyone is a natural at using casual conversation to build rapport and expand their web of contacts. Resolving to push yourself in this direction if it isn’t your inclination will be an exercise in fake-smiling misery.

Do: Resolve to express curiosity about people you meet

Ask them about their jobs and their lives without any expectations of reciprocity or return on investment. Simply ask for the sake of knowing more. The goal isn’t to collect as many business cards as possible, but to build up your ability and comfort in meeting and greeting, so that doing it in a professional context will eventually feel as easy as making chit-chat with the Target cashier.

This is a bummer of a New Year’s Resolution and starting off 2012 in a Scroogy state of mind (unless it comes to how you share your time) is beyond to wear on you before February rolls around. And, just as above, spending less is an undefined and vague goal. Less than what? Less than last year? Less than what you make?

Do: Resolve to save more. And be specific about how much more

Pretty self-explanatory. While spending less and saving more might seem like the same thing, the former conjures up images of deprivation and the latter accumulation. Frame your financial resolutions in terms of growing your savings vs. shrinking your debts and put a specific dollar figure and corresponding timeframe on your plan.